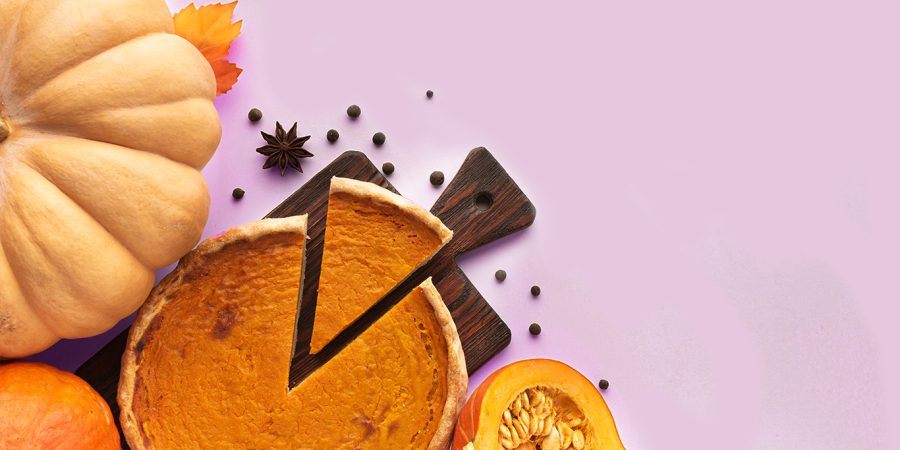 When autumn rolls around and the weather gets a bit chilly, we start craving the sweetness and warmth of fall’s earthy flavors – think pumpkin spice latte, cinnamon and ginger cookies, and wholesome pies. In this piece, we’re recreating autumn’s favorite pies into fast, tasty, and healthy desserts that not only carry the same rich flavors, but also pack much less calories and save time and effort. 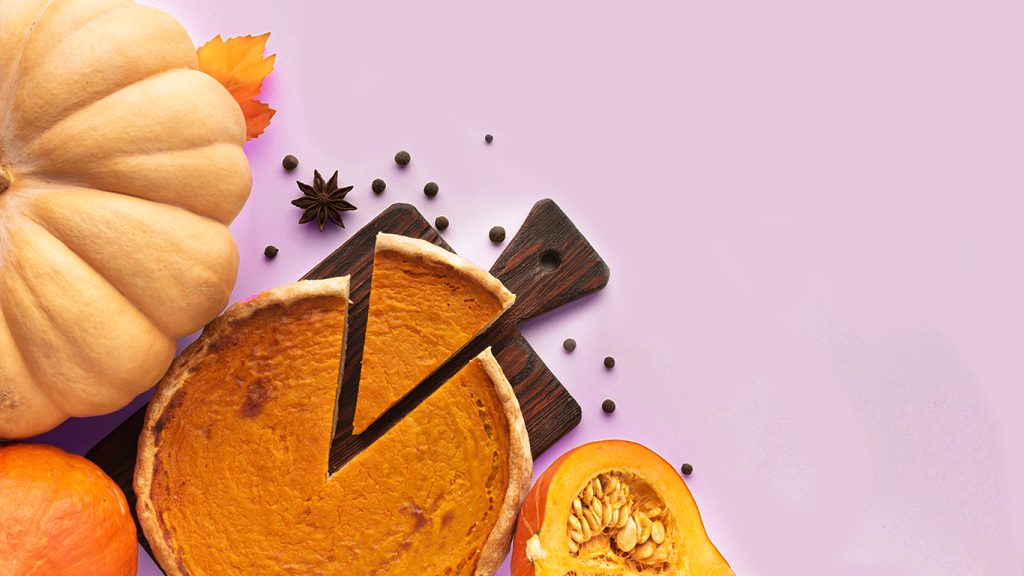 Autumn pies are made up of a crispy and buttery pie crust, a fruit filling of fall’s most popular ripened fruits – apples, sweet potatoes, or pumpkins – and generous sprinkles of cinnamon, ginger and chili spices that add spiciness and warmth. Of course a handful of raisins, walnuts, or roasted nuts will add some earthiness crunch and enhance the overall flavor. Turn your favorite autumn pie to autumn jars or parfaits with these recipes!

Halloween’s famous carved pumpkin is a popular fall favorite. To recreate a lighter version of autumn’s pumpkin pie, opt for crispy unbuttered granola as your pie crust. Then, in a separate pot, boil or sauté the pumpkin then add some cinnamon, ginger, brown sugar or honey, and some cornstarch to thicken the pie filling.
This flavor combination is enough to warm you up guiltlessly, especially when layered with crunchy granola crumbles, Greek yogurt instead of heavy cream, and a drizzle of honey. Pumpkin pie parfait is a lighter and healthier version of pumpkin pie. It will give you a boost before your workout and works perfectly as a delightful snack packed with multiple vitamins including C, E, iron, and beta carotene. 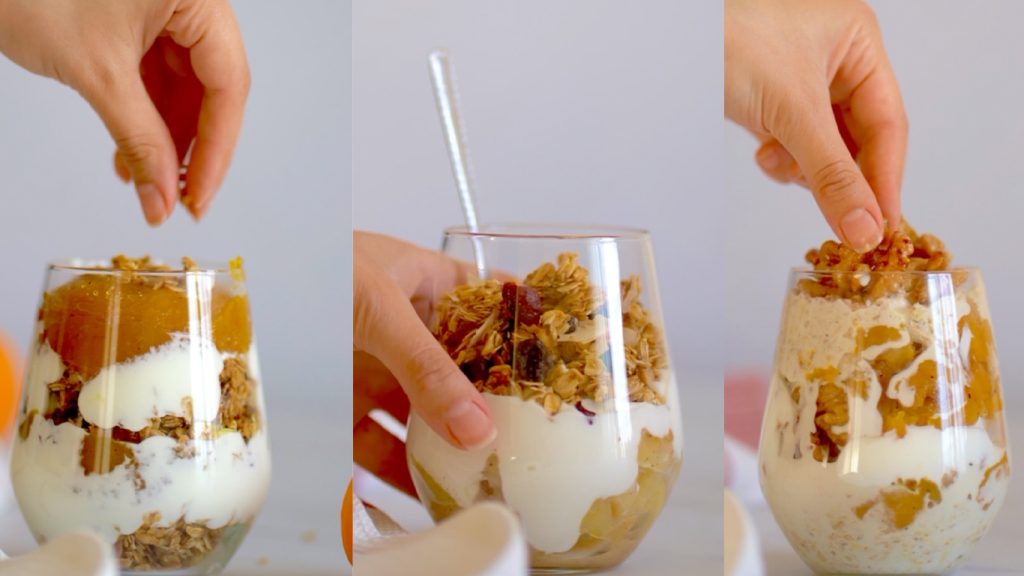 Originating from England, apple pies were made of a rich flaky crust baked till crispy golden, topped by some diced and buttered apples that are spiced with cinnamon. To recreate the class, rich-in-calories apple pie into a healthier and lighter version, use roasted or crunchy granola instead of the biscuit crust. To make the healthy apple pie stuffing, sauté the apples in coconut oil or a tablespoon of butter, then add cinnamon sticks or powder and some honey or brown sugar to give it some sweetness. Top your apple pie crumble with some roasted unsalted nuts. Granola promotes a healthier digestive system and reduces cholesterol levels, while the cinnamon gives a boost to your immunity, metabolism, keeps you warm and curbs your sugar cravings.

Sweet potatoes are considered a superfood, thanks to their high nutritional value. Sweet potatoes have antioxidants that fight inflammation and strengthen your immunity. They are also a good source of fiber and promote gut health. When coupled with walnuts, this wholesome dessert not only strengthens your body, but also helps fight aging and Alzheimer’s. Turn the famous sweet potato and walnut pie into a lighter version with a few swaps. All you have to do is sauté the sweet potatoes and add some cinnamon to it. Crunch whole-wheat biscuits or some crunchy granola and add them in your favorite cup, then add the mashed and seasoned sweet potatoes, a handful of walnuts, and an optional drizzle of honey for extra sweetness.

Drooling already? Get all your fall ingredients from fruits, veggies, honey, and spices from Breadfast! Order now and keep your kitchens and homes smelling like the sweet and spiciness of fall. When mealtime starts, kids tend to throw a lot of tantrums, especially when they don’t like the food they are served. Aiming for well-balanced a...

Preparing a school lunchbox can be a mind-boggling task for many moms during school season. On one hand, kids want something different every day,... 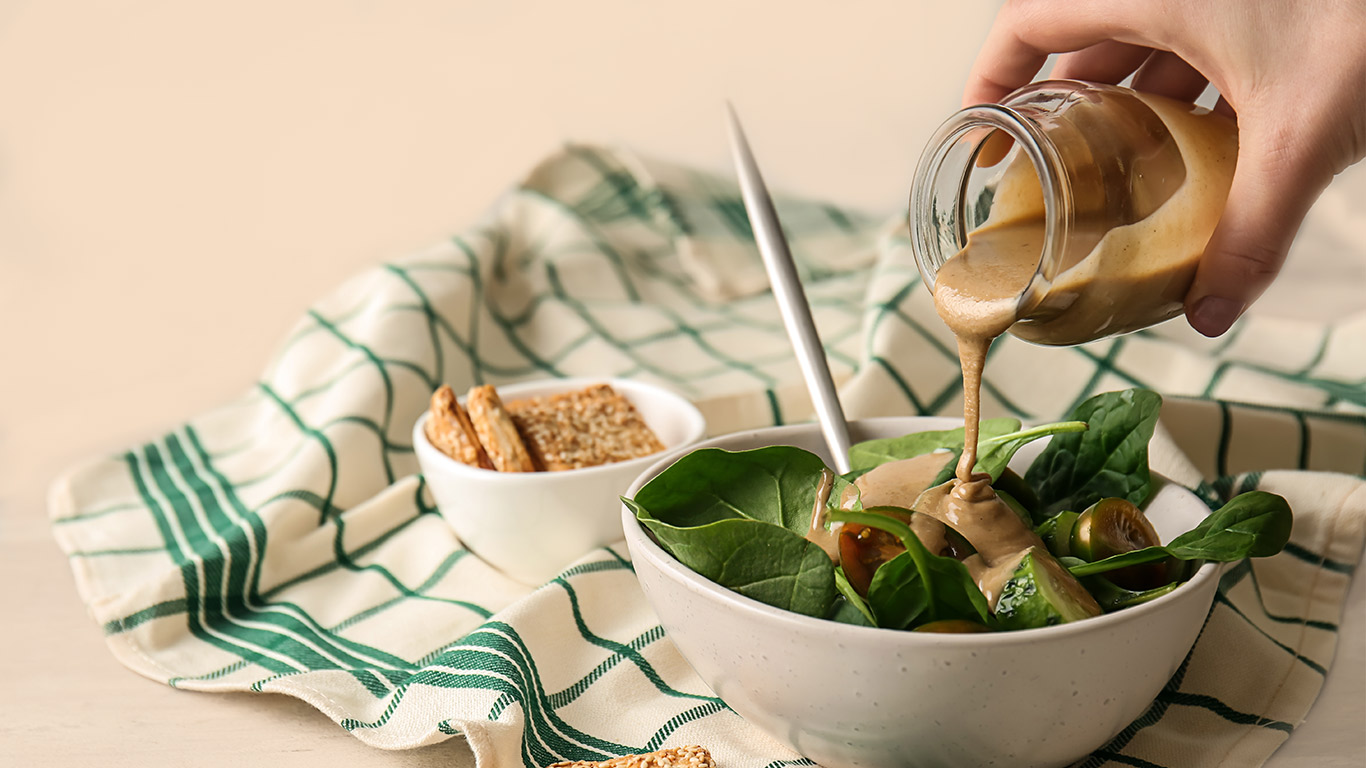 Spread between two slices of toast or baked into homemade cakes and cookies, nut butters turns our everyday snacks and desserts into creamy delici... 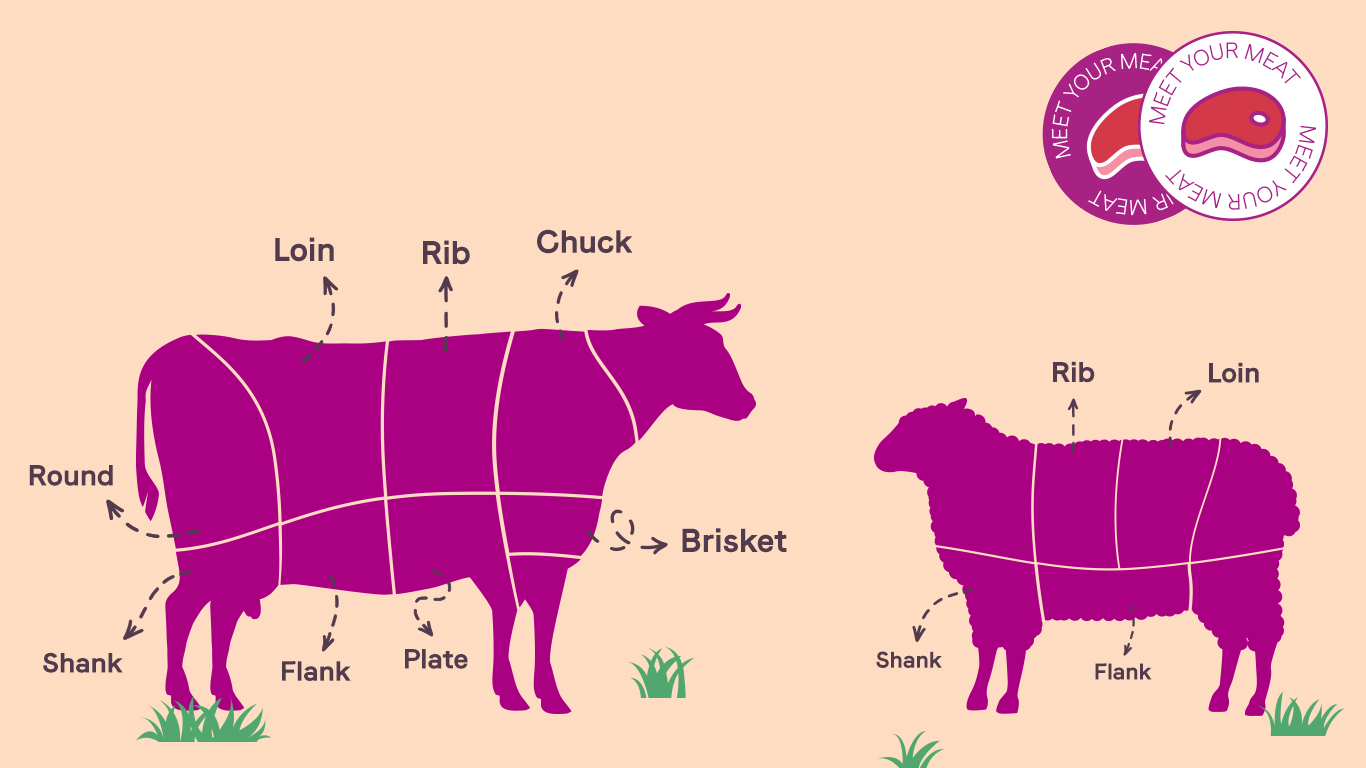 Eid El Adha is right around the corner; a celebration that commemorates sacrifice, giving back to the less privileged, spending quality time with ...

Get to know Us